Where is Key West in Florida? 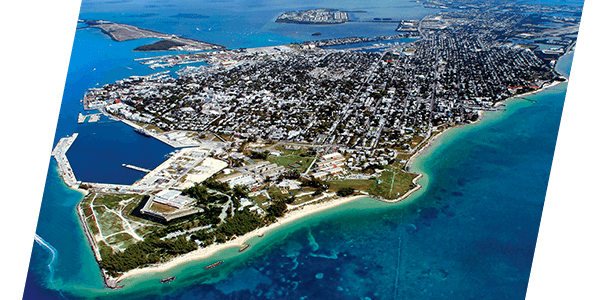 Where is Key West in Florida?

Key West is the highly romanticized final stop on the infamous Overseas Highway. The Overseas Highway is a 113-mile construction that carries US-1 through the Florida Keys. Not only a southern point in Florida, Key West is the southernmost city in the country. In fact, it is closer to Havana, Cuba than it is Miami, Florida. A major attraction on the island is a concrete replica of a buoy which marks the southernmost point in the continental United States. 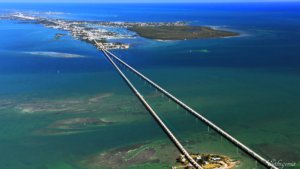 The city of Key West is considered an “island city” as it contains the primary island of Key West and a number of nearby islands. Over 100 miles away from Miami, the city is only 94 miles from Havana at its closest point.

Key West has emerged as a favorite brief vacation spot for a day or two away. Miami and Fort Lauderdale are less than an hour away by flight, and range between three and four hours in the car. Naples and Fort Myers are similarly popular origin spots with the drive pushing four and a half hours, but ferries running from Fort Myers or Marco Island will take less time. 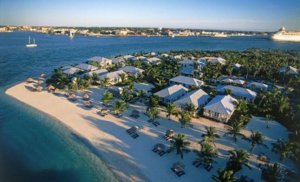 Key West has become a major hub for vacationers with recent developments given its location in the Caribbean. Many cruise ships will dock at the island, creating a regular flow of tourists for the economy. Over 850,000 passengers come into the city each year. Additionally, the Key West International Airport makes it a common stopping point for flights eventually landing in Miami.

Accessing the remote island proved to be a more achievable than expected given the islands flat nature. Its highest point is a lone 1-acre area that rests only 18 feet above sea level. Key West is currently about six miles of land, though it has nearly doubled in size since 1940. This evolution was a major reason the “New Town” developed to include schools, malls, and the Key West International Airport while other areas of the island are defined by narrow streets and limited access.