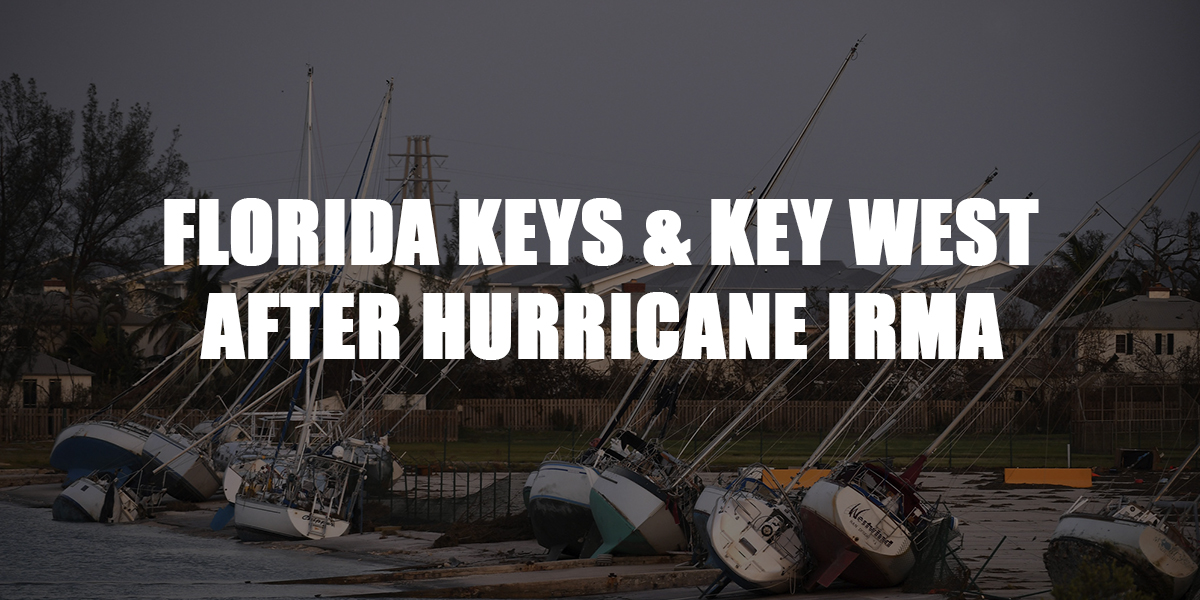 The Florida Keys received the first major blow on U.S. Soil last week at Category 4 winds from the devastating Hurricane Irma. With the eye wall going over the Lower Keys, specifically the Key West/Big Pine Key area, the catastrophic damage was severe up through the middle keys. With the outer bands whipping at the middle keys, the most devastation is still prevalent there. So much so, the Islands have been closed off at mile marker 74, even for residents to return home. Luckily, relief crews, military efforts, and teams of volunteers have been doing an INCREDIBLE job moving supplies into needed area, repairing utilities, and leading the charge towards  “normalcy”.

On Sunday, September 17th, the Keys will fully be “opened”, allowing many to travel down to begin recovering and repairing. The road block at Mile Marker 74 will be lifted. Many have been anticipating this opening. Including residents, Keys property owners, renters, and travelers alike. The following months will be difficult for Keys locals as they set off to repair their properties and businesses from the heavy wind damage and water damage caused by Hurricane Irma. With water, electricity, internet services, and medical services still at a minimum throughout many parts of Florida; it’s being recommended to all those traveling down to bring water, food, and all other supplies they may need.

Getting to the Florida Keys & Key West after Hurricane Irma

With the Florida Keys officially open as of September 17th, those trying to reach the Keys are able to drive to their destinations. But with traffic, poor road conditions, and time a factor, additional methods are being exercised by many. Specifically, by air or sea. The popular tourist transportation company, Key West Express was one of the first to respond to the tragedy & helped move down water, food, and construction supplies via their marine vessel/boat.  Since the storm, many other boats have carefully ventured to the islands to help out. But officials warn many to trek carefully when doing so, as lots of debris is scattered in the waterways and ocean since the storm. Also, due to Hurricane Irma, many of the sand bars & natural aquatic landscape has changed.

By air, the military has been shipping in supplies as well. Now with the airport fully open, private charters & businesses alike will resume to Key West. Personally, Keys Seaplanes will be a major player in the recovery efforts, as we plan to donate all dead legs (trips without passengers) to those in dire need of evacuation or to bring supplies into the area. Already, we’ve been providing a number of rental property owners with flights to the many islands to help them check up on their properties, as it’s very difficult to do so via ground transport. People from Naples, Miami, Fort Lauderdale, and even Sarasota have been flying with us. Our ability to land on water definitely makes these type of operations a lot more manageable.

If any services are needed that Keys Seaplane can assist, please reach out for a quote at the number below!