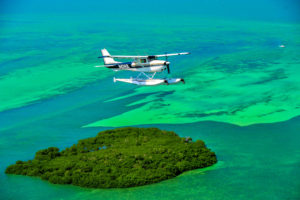 Let Keys Seaplanes fly you to Key West or the Keys from anywhere on the mainland! Key West and The Keys is a short and beautiful flight from cities such as Fort Lauderdale, West Palm Beach, Naples, Fort Myers and Boca Raton.

Ft. Lauderdale, West Palm or Boca and landing at any other airport or water-based landing site in the United States, Bahamas and Caribbean are only some of the places we can take you. Some examples of common flights are West Palm to Orlando, Boca to Naples or Marco Island and Ft. Lauderdale or Boca to Bimini. Our Keys Seaplanes private airplane charters provide you the greatest freedom and flexibility to travel to almost anywhere, entirely on your schedule! 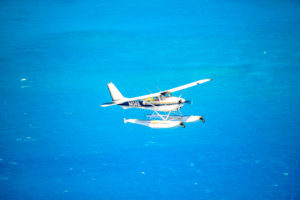 Our seaplanes are amphibious so we are capable of landing on water and also on land. Imagine the versatility! Key West Seaplanes® can pick you up at a land-based airport, a seaplane base or even your waterfront property. You can originate at a large, International airport such as Fort Lauderdale International (FLL) or along side your private jet at a smaller General Aviation airport such as Fort Lauderdale Executive (FXE), West Palm Beach (PBI) and Boca Raton (BCT). We service private communities such as Ocean Reef as well.

All Keys Seaplanes® fights are private and on your schedule so your flights come and go as you schedule them. You will avoid the hassles of long security lines, and the mayhem of the airport crowds. Connecting with us at any airport is simple and stress-free. Once you board your private charter with us, your vacation has already begun!